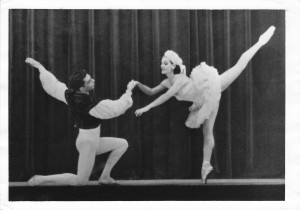 Canada, Joey Harris was born in Windsor, Ontario in 1927. His mother, Lilias Harris was a professional dancer and was responsible for his early dance training. As he grew older, she drove him to Detroit to study with Theodore J. Smith, a prominent dance teacher in that city. She had heard of the Cecchetti Method and is thought to be responsible for bringing the first instructional manual (Methode Cecchetti) to the area.

New York, Anton Dolin became Joey’s guardian when he moved to New York City to study with Celli, Cecchetti’s protege and Pavlova’s partner. After his studies there he went on to be a principal male dancer with major ballet companies in the United States, Canada and Europe. He has been a partner to many of the great ballerina’s: Baronova, HIghtower, Riabouchinska, Toumonova, Gollner and Janine Charrat. 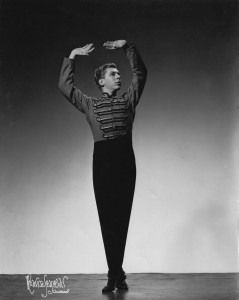 Europe, As Ivan Demidoff (the custom was to use a Russian name which was chosen by Massine), Harris was widely acclaimed for his artistic and technical achievements in such statements as ”… stopped the show” (Edwin Denby, N.Y. Herald Tribune); “…the charming Baronova, the agile Massine, the vigorous Harris, gave extraordinary vital performances.” (Edinburgh); ”…dances like a god!” (Paris Soiree); …”Orchids to Mr. Harris!” (Chicago, C. Cassidy).

Canada, Wishing to be near his family, (his mother retained a family estate in Blenheim, Ont.), he returned to Canada and for a while lived in London, Ontario where he was active in the London Civic Theatre. He was soon asked to choreograph for Radio Canada TV in Montreal. This project was with the Montreal Symphony with Pierre Mercure conducting Poulenc’s Concerto for Two Pianos in D. It was titled “La Marriage” and won the prestigious Ohio Awards as the best ballet done in North American Television.

Soon after that, Mr. Harris choreographed Bizet’s opera “Carmen” for CBCTV in Toronto. The producer was the legendary Franz Kramer. This ambitious project included joining the then Jarvis Street studios all together to approximate all the locals in the opera and was very successful.

Based on his choreographic successes, Mr. Harris was invited to choreograph a number of ballets and light entertainment vehicles for television and the stage. In the late fifties he choreographed and staged all the musical numbers for “The Denny Vaughn Show”. (1954-57). The show usually had two full dance productions and staging for the resident stars, Denny Vaughn and Joan Fairfax as well as guests. Well known guests included Earth Kitt, Neil Diamond, Peggy Lee, Mahalia Jackson, Stan Kenton to name a few from the States. During this period he also choreographed the off Broadway production of Cole Porter’s “Out of this World” opening in Toronto.

Continuing to perform, he appeared in the ballet sequences of ‘La Traviata” choreographed by Celia Franca for the Toronto Opera Festival and directed by Geiger Torel. In 1953 Ms. Franca invited him to choreograph his controversial ballet “Barbara Allen” for the National Ballet of Canada.

Further, he was invited to appear on tour with the National Ballet of Canada as Guest Artist by Ms. Franca for their tour to Washington D.C. . One of the roles he danced was the classic Bluebird variations with company member Angela Leigh. After these performances, the two were invited to perform together elsewhere including the Starlight summer programs in Toronto.

Mr. Harris moved to Montreal eventually to choreograph the hour long CBMTV musical show “Music Hall” with hostess Michelle Tisseyre and produced by Noel Gavin. During this period, he cofounded the “Montreal Theatre Ballet” with Brian McDonald, and Elizabeth Leese. 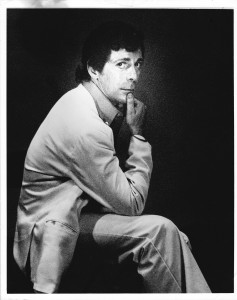 United States, In the 1960’s Mr. Harris moved to Los Angeles to choreograph a new television show called “Shower of Stars”. Staying on in the West Side of Los Angeles, he opened a ballet school in Santa Monica with Don Hewitt. (Mr. Hewitt, was an American who studied with Betty Oliphant and performed and taught in Canada). The studio was called The Joey Harris Studio and was later called International Ballet School West. Many of the students from the school were invited to join companies on this continent and in Europe or were able to enter prestigious arts institutions for teaching or further training.

In 1971 Mr. Harris formed a company called “The Group” which toured and performed in Southern California. His strong choreographic skills and experience brought praises from critics such as L.A. Times’ Daniel Cariaga:

“If all our locally based dance companies were race horses, it would be easy to say that for accomplishment, professionalism and theatrical punch, Joey Harris’ The Group leads the field. In fact it is easy to say because it’s true. The reasons are many but they must all lead back to Joey Harris himself, who seems not only gifted and versatile choreographer, but also an artistic director of excellent and unflagging standards.”

The many positive reviews his work has enjoyed were enviable.

Between 1977-1979 Mr. Harris’s The Group was one of the 5 companies that performed in Theater Arts Program of Los Angeles (TAPLA) for an estimated three million people. He was delighted to lecture and bring dance to so many Los Angeles County residents.

Mr. Harris was a recipient of grants from the California Arts Council as well as a Choreographic Grant from the National Endowment for the Arts in recognition of the quality of his work and to create new works for his company.

Mr. Harris passed away peacefully where he lived, in Palm Springs, California on March 30th, 2014 at the age of 87.

Joey Harris Obit on The Globe and Mail website