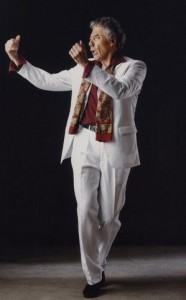 Juan Talavera has been performing Spanish and Flamenco Dance since his teens.  Now at the tender age of 74 (2012) when most people are winding down, Sr. Talavera is on his second wind. He’s had two bouts with cancer and won! Currently headlining  his New Company FLAMENCO BRAVO! Juan is busy doing corporate and promotional appearances, lectures, classes and  workshops at his intimate studio in Whittier, CA.  and company concerts.
Talavera currently appears at the Legendary El Cid Flamenco Dinner Theater in Hollywood. He was one of the original owners, having opened the doors in 1962, along with Clark and Margarita Allen. El Cid has become the home of Flamenco in Hollywood, and Juan has returned to the El Cid Stage for Concert and nightclub appearances. He is in current discussion and planning for three FLAMENCO BRAVO! appearances in June, July and August. Then off to Spain to Study with the masters there and attend La Bienal de Flamenco, in Seville for a month. 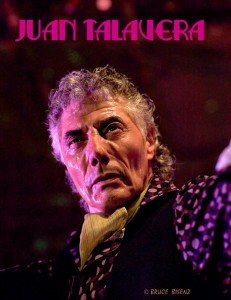