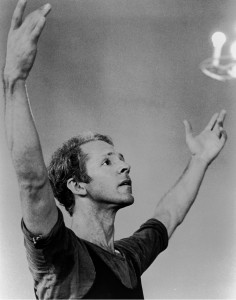 Don Hewitt was born Portland, Oregon where he studied music and drama. While in high school he began intensive ballet training with Drid Williams. After a year in university he moved to Toronto, Ontario to study with the National Ballet School founder, Betty Oliphant, and later with Margaret Saul, Joey Harris and Margaret Craske. He performed with the National Ballet of Canada and the Montreal Theatre Ballet Company under the direction of Brian McDonald. He was a featured dancer in a number of prominent television musical series as well as nearly 40 stage musicals before coming to Los Angeles, California.

Eventually Don returned to the National Ballet School for teachers training and opened a school with his partner Joey Harris, called International Ballet School West in Santa Monica. He received his Licentiate degree {Hon.} the Imperial Society of Teachers of Dance in London. He received scholarship funding through the School of American Ballet. The school gained an excellent reputation and produced several generations of dancers that joined such companies as the Dutch National Ballet, the Stuttgart Ballet, the Frankfurt Ballet and the Royal Ballet.

Mr. Hewttt became well known as an outstanding teacher and coach. He taught the Elliot Feld Company while on tour and was soon teaching in most of the major universities around Los Angeles including UC Riverside, UCLA, Loyola Marymount University, and Cal State Long Beach. He also taught and choreographed for four seasons at York University with other celebrated teachers like Lar Lubovitch, Helen McGhee and Madame Nora. Later he was offered a professorship at the university and has retained, close ties and respect for Canadian artists.

In 1985 Mr. Hewitt was selected by a distinguished panel of experts to be the principal ballet teacher at the prestigious Los Angeles County High School for the Arts where he served as Chair since 1999. The school and its dance faculty have successfully nurtured a significant number of outstanding young professional artists in the field.

In 1989, after several years absence, the Dance Kaleidoscope Festival was revived by Donald Hewitt, with the assistance and support of Mr. Clif Harper, Director of the Luckman Complex at Cal State L.A. For the next 13 years be guided the festival through many changes and developments, founding the Los Angeles Dance Kaleidoscope Foundation with a dedicated five member Board. The festival has since became a model to many cities and producers throughout the country and had grown into a celebration of many of Los Angeles’s finest artists during two weekends in five locations. In 2000, Mr. Hewitt and Mr. Harper developed the very exciting and, innovative BalletFest which is presented in August.

As if that was not enough, Mr. Hewitt began the Saturday Conservatory of Dance at Cal State L.A. in 1989 where children on the east side could get low cost quality ballet training with distinguished teachers. He is a frequent panelist for granting organizations and is often called upon as an on site evaluator for the California Arts Council. He has received numerous awards and honors over the years, including nine Lester Horton Awards: the first. award given in the teaching field, and others far producing and mentoring of Los Angeles artists. Most recently he received four honors that reflect the communities regard for his service and commitment: the Lester Horton Dance Award for Lifetime Achievement 2001 , the Los Angeles Invitational Dance Festival’s Lifetime Achievement Award., the Los Angeles County Board of Supervisors Certificate, Outstanding Service to Dance award from the California Arts Council and a Presidential Scholar Award. Mr. Hewitt has consistently and determinedly worked for greater awareness and support for dance and artists of all ages in the Los Angeles Community that he has adopted and loved. Most recently he has served on funding panels and chaired a multi-disciplinary panel for the Regional Arts Commission in Portland, Oregon.