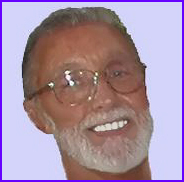 Jim Taylor, Professional Dancer, Choreographer, Teacher, Tap Dance Columnist, and Tap Dance Historian. Jim Taylor, a veteran of over 55 years in the professional dance business, has worked as a dancer/choreographer in approzimately 40 professional musicals onstage, numerous TV shows including the Johnny Carson Show, Ed Sullivan Show, Flip Wilson Show, the “Elvis” Comeback Spacial, Command Performance, People’s Choice Awards, Cinderella, Carousel and a contract dancer on the Hollywood Palace, just to mention a few. He was also featured as the rear end of a tap dancing cow for the national TV commercial and a tap dancing gorilla (Anything to be able to hoof!) for the opening of  L.A.’s famous Studio One Disco Club in the early 70’s! Jim appeared in nightclubs around the globe. His motion picture credits include dancing in Mame, Hello Dolly, Darling Lili, the great Train Robbery, Torn Curtain, Star, Blazing Saddles, and the movie “Tap”, with a host of legendary tap dancers. He has been a featured dancer with Debbie Reynolds, Sid Caesar & Imogene Coca in nightclubs and on stage, Julie Andrews in motion pictures, Connie Stevens on television and in nightclubs, Steve Condos at the Los Angeles Civic Light Opera, Betty Grable in the touring company of “Hello Dolly”, plus his most memorable experience, performing live in a four-year world comeback tour as partner to the legendary Ginger Rogers. 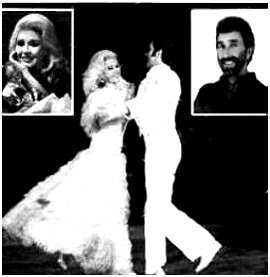 Jim has choreographed in Tokyo, Sydney, Honolulu, Los Angeles, Las Vegas, New York City at Radio City Music Hall, and at London’s Royal Shakespeare Company. His television choreography credits include The Ed Sullivan Show, “The Celebration of Tiny Tim & Miss Vicki’s Wedding”, The Tonight Show, “A Soft Shoe” by Connie Stevens & Louis Nye, “A Polonaise” for Days of our Lives, the 1st Annual Science Fiction Awards “Superman Pas De Deux” and “Mabel King Production Number”, PBS “Interview and Performance with Jim Taylor” and PBS “Performance of the Rhythm Rascals.” After choreographing over twenty five professional musicals in the southern California area and Las Vegas, including two years at The English Music Hall in Santa Monica, Jim had the honor of honing his craft, working for eight years as associate choreographer to Academy Award winning choreographer Onna White (Oliver, Music Man, Mame). He worked with her on the pilot of TV’s “Seven Brides for Seven Brothers”, a City Center workshop of “Going Hollywood”, the original Pre-Broadway production of “The Three Musketeers”, Gorgio of Beverly Hills “Salute To Fashion Designers”,  the “Mame” number with Lucille Ball and did the tap choreography for “Tap Your Troubles Away”, featuring Barbara Eden, the 50th anniversary production and touring company of “The Wizard Of Oz” at Radio City Music Hall and on to London’s Royal Shakespeare Company as associate choreographer and tap choreographer for “Poppy”, an award winning musical running for over a year at London’s famous West End.

He was also the artistic director, choreographer and soloist for ten years in his tap company, the Rhythm Rascals.  Jim had the privilege of being the first choreographer to put tap dancing on ice, along with legendary skater Robin Cousins, who directed the 2000 Millennium Production of Holiday On Ice.  He has been honored with a Hollywood Dramalog Critic’s Award for “Outstanding Achievement in Theatre” and was presented a Lifetime Achievement Award in “Concert of Love 2002” by Rhapsody In Taps in 2008.

Jim’s teaching credentials include teaching as Associate Professor of dance at U.S.C., on staff at Tremaine Dance Center, Performing Arts Center and the DuPree Academy in the Los Angeles area and taught tap for major dance conventions, such as the Tremaine Experience, Paula Abdul’s Company Dance, D.M.A., D.E.A., P.D.T.A., Dance In Action and Totally Tap.  He was honored to work for several  years as the chosen  tap dance instructor for the West Coast Bob Fosse Scholarship Program.
Jim continued teaching master classes and coaching and choreographing for actors, professional dancers and dance academies.  Jim taught master classes at the  annual Maui Tap Experience in November 2003, 2005 and 2010, more than 7 years for the Rhapsody In Taps Tap Day Workshop, assisted Fayard Nicholas at the L.A. TAP FEST and was Co-Producer at the First, Second & Third Annual National Tap Dance Day Celebrations at Thousand Oaks, on the outskirts of Los Angeles.  Jim devoted himself to preserving and recreating original film choreography such as the “Moses Supposes” from “Singin In The Rain”, as a tribute to the late Donald O’Connor and Gene Kelly, “Begin The Beguine” honoring Fred Astaire and Eleanor Powell, “Bouncin’ The Blues” honoring his favorite partner, Ginger Rogers with Fred Astaire, and “Lucky Numbers” and “The Nicholas Brothers Shim Sham”, in memory of his dear friend and mentor Fayard Nicholas.
Jim studied with such legends as jazz dance masters Luigi, Joe Tremaine and Claude Thompson, ballet masters Michael Panaieff, Sally Whalen and Natalie Claire and tap masters, Steve Condos, Hermes Pan, Louis Dupron and Eleanor Powell. His formal rhythm tap dance training included studying with Lynn Dally of the Jazz Tap Ensemble and Linda Sohl Ellison, artistic director of Rhapsody in Taps.  He teaches master classes for Rhapsody In Taps at their annual National Tap Dance Day Workshops.
Jim was a Tap Dance Columnist covering Los Angeles for the I.T.A. magazine, “ON TAP” and was the Hollywood Representative for the International Tap Association for twelve years. He had previously been a tap columnist for Dance and Fitness & Show Biz Magazines for four years. He is currently a tap dance historian and is archiving tap dance clips from films to preserve these works and to inform and entertain fellow tap dancers of all ages with these gems of history. His “all tap dancing”  sites can be found online at www.FootnotesOnTap.com and www.IDATD.com, the new Internet Database of American Tap Dancers!  He retired to Maui in 2012 and thanks to a grant from Career Transitions For Dancers and his knowledge of the computer, is able to continue to stay connected to the worldwide Tap Community plus teaching at the Maui Cultural Arts Center!
Biography provided by Jim Taylor, 2014