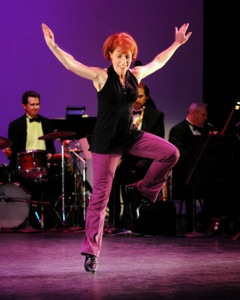 Rhapsody In Taps, a touring company based in Long Beach, California, features six – nine tap dancers and six jazz and world musicians plus guest artists. The modern dance background of Artistic Director/Choreographer, Linda Sohl-Ellison, is reflected in Rhapsody In Taps’ diverse repertoire, which pays tribute to the rich heritage of tap as well as exploring innovative choreographic directions for the concert stage. Rhapsody In Taps has been a leader in the “tap resurgence” that began in the 1980’s. RIT is one of the nation’s very few tap dance companies that creates original, often experimental repertoire and maintains a consistent ensemble of company dancers. In 2007 the company was honored with a Milestone Award from the County of Los Angeles Board of Supervisors for more than 25 years of performances, programs and arts leadership in Los Angeles. 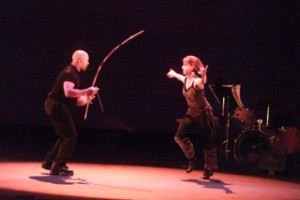 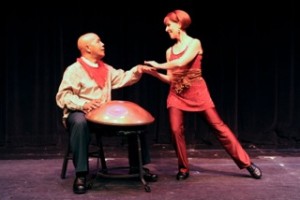 Rhapsody In Taps has enjoyed touring engagements in California, New Mexico, Michigan, Utah, Florida, Oregon, Colorado, Wyoming, New York, Canada, Bali and Mexico. In 2000 Rhapsody In Taps spent two weeks in Bali rehearsing and performing with I Nyoman Wenten and his gamelan musicians. Besides the artistry and inspiration gained from the Balinese people, culture and landscape, the company created its tap version of the Kecak (Monkey Chant) in Payangan, Bali. The Company’s performance history also includes four television appearances (KNBC and KCET), performing at L.A.’s Dorothy Chandler Pavilion, a New York debut at Lincoln Center Out of Doors Festival, San Francisco’s prestigious Stern Grove Festival for an audience of 10,000, three concerts at the Redlands Amphitheatre for 6,000 plus 23 annual seasons at the Aratani Japan America Theatre in Los Angeles, two LA seasons at Marsee Auditorium and 19 annual seasons in Orange County. The Company’s annual Los Angeles Season at the Aratani Japan America Theatre each October features a public concert and a free Children’s Program for students from the Los Angeles Unified School District. RIT’s children’s program has been one of LAUSD’s most successful and popular events since its inception in 1991.

During its 32-year history Rhapsody In Taps has produced numerous tap events of national and international significance in an effort to preserve and promote the unique American art form of tap dance. In 1983,’84,’86,’93,’95 and ’97, RIT co-produced the Essence of Rhythm, concerts featuring America’s tap legends and solo artists. In 1993, 1995 and 1997, Rhapsody In Taps and Orange Coast College co-produced the Southern California Tap Festival featuring an intensive program of tap and jazz classes, events and performances by renowned artists. Each year Rhapsody In Taps celebrates National Tap Dance Day by offering a day of 12 master classes and informal performances in Long Beach, taught by RIT artists and special guest teachers.