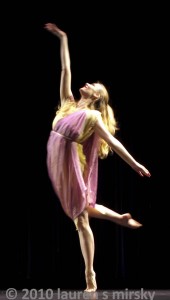 vocabulary for education and the creation of new choreography. isadoraNOW offers authentic reconstructions and creative new stagings of Isadora Duncan’s choreography, audience education programs about dance history and understanding dance performances, contemporary dance classes for dancers of all ages and levels, dance education for children who might otherwise have none, and new choreography expanding on Isadora’s movement style and choreographic methods.

isadoraNOW is under the direction of Elyssa Dru Rosenberg, who holds a Masters in Dance and Dance Education from New York University.  Elyssa is a choreographer, dancer and educator who recently relocated to San Diego from New York City, where she was a recognized Isadora Duncan teacher and scholar. A fourth-generation Duncan dancer, Elyssa’s dancing has been described as “radiant” and “magnetic,” while her efforts to keep Isadora’s work relevant for a new generation have been praised as “refreshing.” 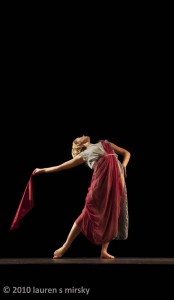