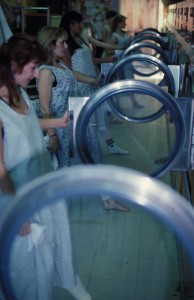 The company—originally named Collage Dance Theatre—began its site-specific work with Laundromatinee, a piece staged in a local laundromat. As dancers performed alongside whirring washers and dryers, Laundromatinee captured the collage ethos of the company, mixing art, movement, pop culture, and interactivity in found spaces. The performance established the company’s dedication to sharing the inner workings of its creative process, rather than sequestering it behind closed studio doors.

As the company grew, however, it’s exploration of everyday places grew in scale and depth. Experimenting with the outdoor environment as a theatre, Duckler animated locations ranging from a baseball diamond (Stealing Home, 1993) to an empty swimming pool (Life in the Lap Lane, 1994) and the concreted Los Angeles River (Mother Ditch, 1995).

The company’s site-specific reach did not go unnoticed, and a series of productions in iconic Los Angeles sites pushed it to national and international recognition. Works created in the Subway Terminal Building (Subversions, 2000), Herald Examiner Building (Cover Story, 2002), and the former Ambassador Hotel (Sleeping with the Ambassador, 2003) reimagined legendary locations with fresh, relevant art that responded to each site’s colorful history. Through subsequent opportunities in Hong Kong, Denmark, and Russia, the company reached international eyes and flexed its creative muscles to work in sites that had only been seen through photographs—in essence, creating site-specific work on the spot. 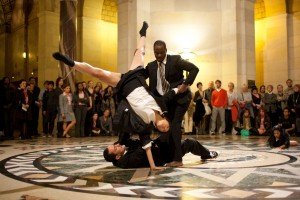 The company did not forget its Los Angeles roots, bringing dance to civic spaces such as the Los Angeles Police Academy (C’Opera, 2006) and City Hall (Governing Bodies, 2010). In 2010, the company also launched its Expulsion series, a collaborative performance that partners with local companies to tell stories of home, origins, and immigration, using vacant lots across the city as its stage.

From its beginnings in a humble laundromat, the company continues to push the bounds of innovative site-specific work and reimagine the ordinary and extraordinary places in which we live. “Sites can be real. Sites can be metaphorical. Site-specific dance can be defined by geography or defined by people who inhabit or visit a place,” Duckler asserts, and recent performance at Linda Vista Hostpital (The Groundskeepers, 2013) and upcoming performance at the Kunstakademie Dusseldorf in fall 2014 serve as testaments to constant new experiments in site. As the company looks forward to animating new locations within the vast landscape, one thing is certain—expect Heidi Duckler Dance Theatre in unexpected places. 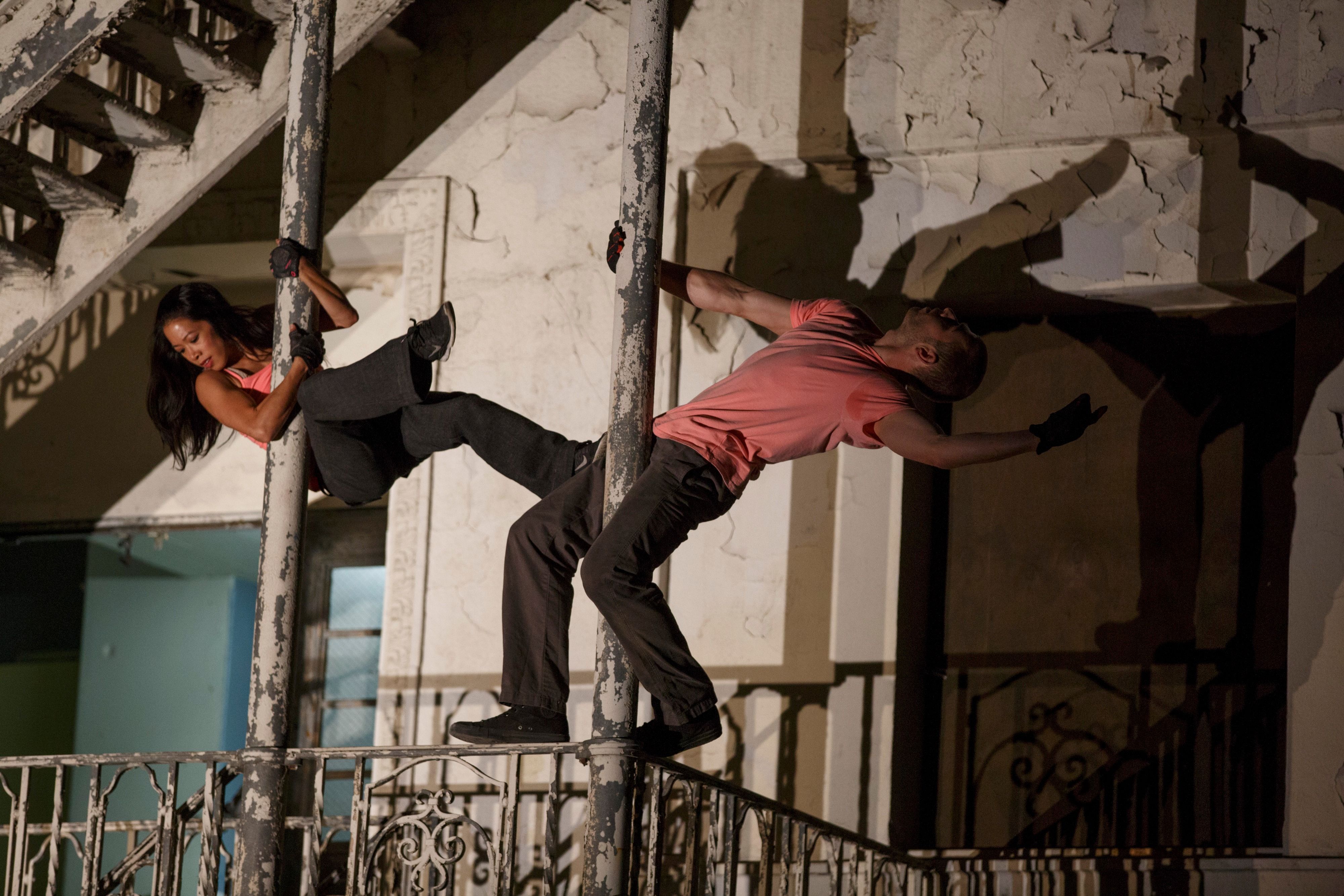 Mission Statement:
Building communities through the performing arts, Heidi Duckler Dance Theatre creates contemporary art experiences in nontraditional places and learning opportunities in diverse neighborhoods that redefine the relationship between audience and art through the cultivation of innovative partnerships.