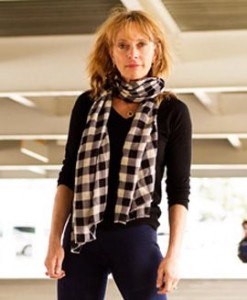 Heidi Duckler. Photo is by Gregory Bartning from his project “Stance on Dance – Dancing Over 50 Project”.

Heidi Duckler is the Artistic Director and founder of Heidi Duckler Dance Theatre. Since its inception in 1985, she has choreographed more than 100 original dance works at unique sites in Russia, Hong Kong, Montreal, New York, Miami, Atlanta, Las Vegas, Portland, Seattle, and throughout Southern California including Los Angeles City Hall, Lincoln Heights Jail, the Los Angeles River, the Herald Examiner Building, the former Ambassador Hotel and the Los Angeles Police Academy. Titled “the reigning queen of site-specific performance,” by the L.A. Times, her work has been commissioned by Miami Light, Grand Performances, REDCAT, Aben Dans in Denmark, Brookfield Properties, and the Hong Kong Youth Arts Foundation, among others.  She earned a BS in Dance from the University of Oregon and an MA in Choreography from UCLA. Duckler participated in the Los Angeles County Arts Commission’s Arts Leadership Initiative and the City of Los Angeles Mayor’s Cultural Master Plan Advisory Committee. She has most recently been honored with the Los Angeles Women’s Theatre Festival’s Maverick Award and LA Weekly’s Best Site-Specific Dance Company Los Angeles.