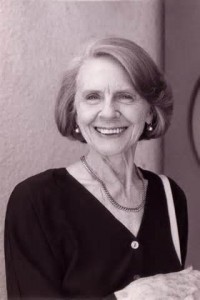 Yvonne Mounsey came to Los Angeles in 1966 after a achieving success on an international level as a principal dancer. In 1967 she and Rosemary Valaire took over ”Academy West” ballet school then located in Westwood. The school later became Westside School of Ballet when they moved to Santa Monica.

The two were friends and collaborators and brought their particular gifts to their students; Valaire, was formerly with the Royal Ballet. She initially studied the Royal Academy Method and held the coveted Solo Seal. Mounsey, also with RAD experience, first studied ballet in Pretoria, South Africa with a former member of Pavlova’s company. She later traveled to London at age 16 to study with Igor Schwezoff. Schwezoff was a former premier danseur and later a revered teacher trained in Moscow that defected to the West after the Russian revolution to obtain more artistic freedom.

Mounsey progressed rapidly with her studies in London. An intelligent and attractive women, tall for the average European dancer, was discovered by Leonide Massine and invited to join the Ballet Russe de Monte Carlo. The Diaghilev inspired collaborations of scenic and musical artists that impresario Diaghilev initiated was still in full swing and was of immense benefit to all the performers as well as audiences. Mounsey changed her name, as was the custom of the time, to a more Russian style: Irina Zarova. 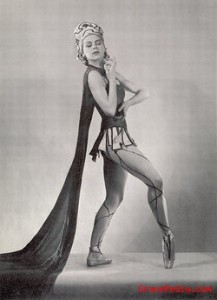 She toured Western Europe until World War II and then joined the Original Ballet Russe. She worked with choreographers Fokine, Lifar and met Balanchine for the first time. It was here in 1941 that he created a demi-soloist part for her in his ballet Balustrade with music by Stravinsky.

In 1948 she moved to New York City. Balanchine soon invited her to join the newly formed New York City Ballet. Rising to the principal dancer level, she was called upon to perform works of Jerome Robbins including The Cage (the Queen) and Fanfare (the Harp). She was acclaimed for her dramatic performance in Prodigal Son (the Siren). New York Times dance critic, John Martin, wrote:

She finds in it quite the best role in the repertoire. She dances it with a studied voluptuousness that makes it mockingly cold.” (1953)

In 1958 Mounsey retired from the New York City Ballet. Returning to South Africa she married a former friend (Kelvin Clegg) and founded a ballet company; Performing Arts Council of the Transvaal. Together they had a daughter, Allegra Clegg. This was the third marriage for Mounsey. It was in 1966 that they returned to Los Angeles.

The Westside School of Ballet grew in reputation over the years due to the guidance of Mounsey, Valaire and their faculty. They were able to provide not only classroom training but additional opportunities with a junior pre professional company in addition to their annual performances of Nutcracker. The school had direct relationships with many companies and schools due to the the founders own careers, that were very beneficial. Their children’s division, headed by Caprice Walker since 1970, was a perfect conduit for young people to experience ballet training.

I was fortunate to know Yvonne over the years. When I was in my teens I saw her dance the Queen in The Cage and also the Siren in Prodigal Son at the San Francisco Opera house with New York City Ballet. We were all excited over Balanchine’s “leotard” ballets” and how he brought the music alive with the dance.  I still remember her and the strong impression she made on us in the Balanchine and Robbins works. Many years later, at her school, I assisted her with music for her Nutcracker and briefly taught several levels of ballet. I was involved with presenting her advanced students in a Balanchine work at LA Dance Kaleidoscope Festival in the 90’s: Valse Fantaisie (Balanchine/Glinka) and Les Sylphides (Fokine/Chopin) at Los Angeles Dance Park at the Ford in 1985. I attended several of the school’s annual presentations as well as the annual Nutcracker performance at La Habra and Pepperdine University.

Yvonne was very regal in the way that she presented herself yet she had a touch of whimsy and a good sense of humor, making her accessible to her students. She taught by positive reinforcement and brought an inspirational encouragement to those she worked for. A quality that can be too rare. She always said “I teach the Balanchine way”. But much more was brought into the picture of training due do her extensive background and character. As a side note: much as Danilova was celebrated for the attractiveness of her legs during her long career, it  was something that we thought of in regard to Yvonne, right to the end of her equally long career.

Many of her students would become professional dancers here and abroad including Jock Soto, Tiler Peck, Andrew Veyette, Monique Meunier, Melissa Barak to name a few. In 2002 she received the Lester Horton Dance Award for Lifetime Achievement and in 2011 she received the Jerome Robbins Award.

Yvonne Mounsey knew that many of her students would not be professional ballet dancers. Nevertheless she enjoyed seeing them discover dance, grow in confidence through achievement and experience the joy of dance that she embodied and emanated.