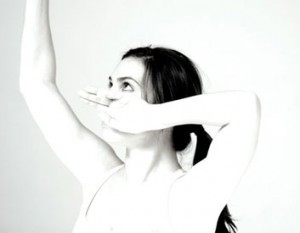 Tina Finkelman Berkett grew up in New York City. She attended Barnard College, Columbia University where she performed the works of Martha Graham, Jose Limon, and Paul Taylor and was a featured soloist in the works of Lila York, Ted Thomas, and Aszure Barton. Upon graduation, she joined Aszure Barton & Artists and has performed with the company throughout the United States, including at the renowned Jacob’s Pillow and Spoleto Festivals. Tina became Aszure Barton’s assistant and taught alongside Barton both in the US and abroad. She had the incredible honor of being a founding member of Mikhail Baryshnikov’s Hell’s Kitchen Dance. While on tour with the company, Tina taught company repertory to dance students abroad. Tina is proud to be Co‐Director of BODYTRAFFIC.