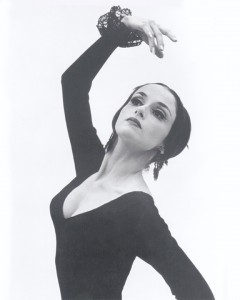 When George Balanchine founded the Ballet of Los Angeles, he selected her to dance Serenade in the Greek Theatre along with the New York City Ballet. The next year she danced Balanchine’s Swan Lake and Firebird in the Dorothy Chandler Pavilion of the Music Center. Two summers later she appeared on the “Judy Garland Show” performing Balanchine’s Pas de Dix from Raymonda at the Greek Theatre. She was also chosen and coached by Anton Dolin to portray Carlotta Grisi in his Pas de Quatre.

Judith was principal ballerina with Andrei Tremaine’s Pacific Ballet Theatre. She toured the United States dancing principal roles and performing with Vladimir Oukhtomsky in his Oukhtomsky Ballet Classique. She also performed with Michael Panaieff’s Los Angeles City Ballet in a varied repertoire including Panaieff’s own Glinka pas de trios. Upon ending her U.S. tour, she was invited to join Sergei Denham’s Ballet de Monte Carlo, formerly known as the Ballet Russe de Monte Carlo on their European tour. She danced principal roles in the Ballet de Monte Carlo’s production of Ballet Imperial, Pas de Quatre and with Lorca Massine in his ballet Sienna. After performing in Madrid, Judith was invited to attend a reception for Joaquin Rodrigo, having the honor of being introduced to the legendary Spanish composer best remembered for his masterpiece “Concierto de Aranjuez.” 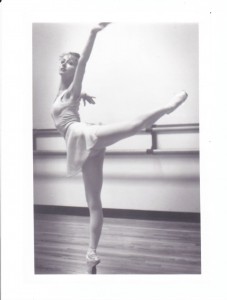 Judith produced and choreographed the Miss Saddleback Valley Pageant, a preliminary to the Miss America Pageant, presented in California’s Laguna Beach Irvine Bowl. The winner of this pageant became Miss California. The Miss California board of directors presented Judith with a certificate of appreciation in recognition of her outstanding contribution to the success of the Miss California Scholarship Pageant.

Judith taught Master Classes instructing the disciplines of ballet technique, performance and choreography for various dance organizations including Dance Masters of America, Dance Educators of America and toured nationally with Dance Caravan. She was invited by Jacques d’Amboise, renowned star of the New York City Ballet, teacher and choreographer to instruct at his National Dance Institute in New York City.

Judith was awarded a certificate of honor from the National Foundation for Advancement in the Arts in recognition of her success as a teacher and significant influence of her students’ exceptional artistic achievements.

She is noted in the Walter Terry Papers in the New York Public Library for the Performing Arts, Jerome Robbins Dance Division and contributed and appeared in the recent Houston Ballet documentary, “Breaking Boundaries.”

Judith married Robert B. Nelson, a Fortune 500 management consultant, in 1981. They have one daughter, Nicole Elyse Nelson.

Judith Aaen is a star in her own right. Miss Aaen is a meticulous performer of high technical accomplishments combined with the seemingly effortless grace that makes her dancing such a joy to behold. – Adger Brown, The State