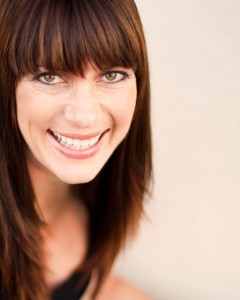 Devyn Duex, Founder/President & Artistic Director for Nebula Dance Lab, has an eclectic background performing extensively in the United States as a dancer/actress/singer on stage and in film/TV. Prior to moving to Santa Barbara, CA in 2003 Devyn has performed with the James Sewell Ballet, Straw Hat Players, The Pittsburgh Playhouse, Cabrillo Music Theater, Buena Vida Productions, Universal Pictures, American Entertainment, Moorhead State University, Cabrillo Music Theater, Skits Outreach Company, and more! With her prior dance company Universal Dance based in LA she performed at over 200 events in 2 years; performing in several major US cities as well as Mexico. As a choreographer, Devyn has had the opportunity to work with the Pittsburgh Playhouse, Pittsburgh Playhouse Junior, Straw Hat Players, and Fargo Elementary School choreographing for the Theater.  She also choreographed a work while performing as a company member of Troupe Allegro at Moorhead State University. Since moving to Santa Barbara in 2003, Devyn has dedicated her energy to modern dance, working with Motion Theater Dance Company, SonneBlauma Danscz Theater, and independent choreographers: Marcos Duran “Coma 4”, Heather Shea “Between Silences”, and Nicole Helton “As We Are”. Her new work “Release” was debuted in 2008 & 2009 in collaboration with the Fusion Dance Company’s show Intertwine and Daughter of Zion Dance Company’s show Je’ Taime, and recently reworked into a six section piece debuted under Nebula, as its fourth original new work ‘Sand Into Glass’ in 2012 and reprised in 2013. Devyn holds a BA in Theater Arts- Musical Theater from Point Park University and an MBA/MKT degree from the University of Phoenix. She is a member of SAG and AFTRA.