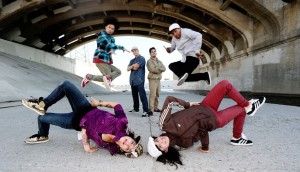 Festival in Minneapolis, the Ford Theatres in Hollywood, the REDCAT, the Music Center in Los Angeles, and the Esalen International Arts Festival, the Levitt Pavilion, the Skirball Cultural Center, the Los Angeles Theater Center, and the Bootleg Theater Dance Festival and on television on Ovation TV, PBS, KCET, and LA36.  Artistic Director Amy “Catfox” Campion received her MFA in Choreography at UCLA’s Department of World Arts and Cultures and has since taught dance and arts activism to all ages and abilities.