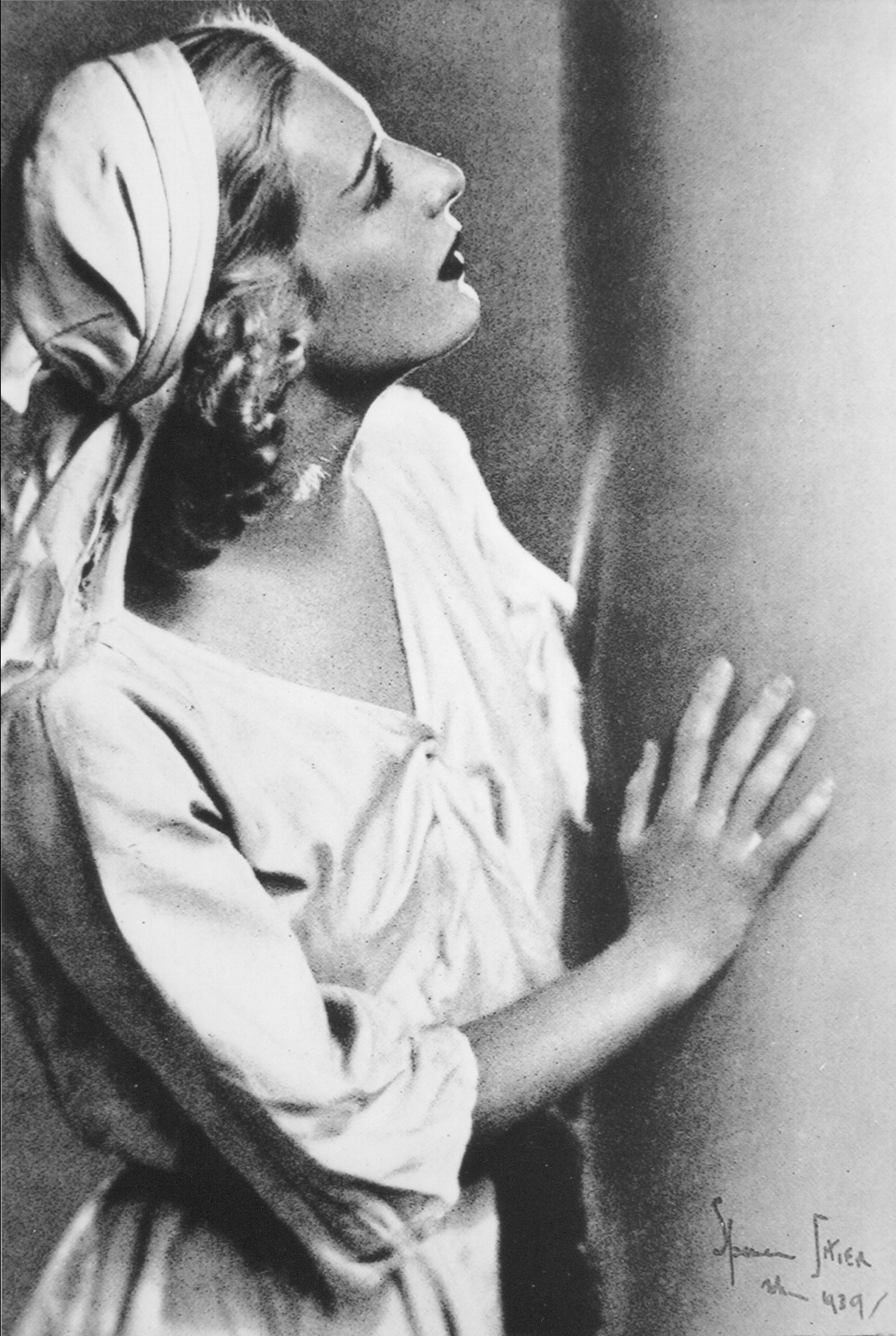 Tatiana Riabouchinska was a celebrated classical dancer with a unique background and one of the many Russian artists to finally resettle in Southern California.

Her father was banker to the Tsar and the family was under threat of arrest at the time of the Russian revolution. Tatiana, born just prior to the 1917 revolt told stories of how the family buried their valuables in the back yard of their home. Although her father was sacrificed, her mother and the four children escaped arriving finally in France and settling in Paris.

Tatiana’s training began several years after settling in Paris. Her first teacher was Volinine. He had partnered Pavlova and was Bolshoi trained. Known for teaching elevation, he believed only certain sets of muscles should be stretched to enhance it. She also studied with Kschessinska, renowned former ballerina and mistress to the Tsarevich Nikolai, later Tsar Nikolai II.

Tatiana was one of the three “baby ballerinas” who were discovered by George Balanchine at age 14 for the 1932’s Ballet Russe de Monte Carlo originally founded by Sergei Diaghilev. The other two were Irina Baronova and Tamara Toumanova. They too were emigre Russian, trained in Paris by Preobrajenska a former ballerina of the Imperial Russian Ballet.

Tatiana was a muse to many choreographers including Leonide Massine’s in his Symphonic Ballets and other works; in Balanchine’s Concurrence, Le Bourgeois Gentilhomme, Cotillion; and Fokine’s Le Coq d’or, Cendrillon and Paganini. It is not possible to list here all the dozens of roles that Tatiana brought to life or inspired choreographers to create. 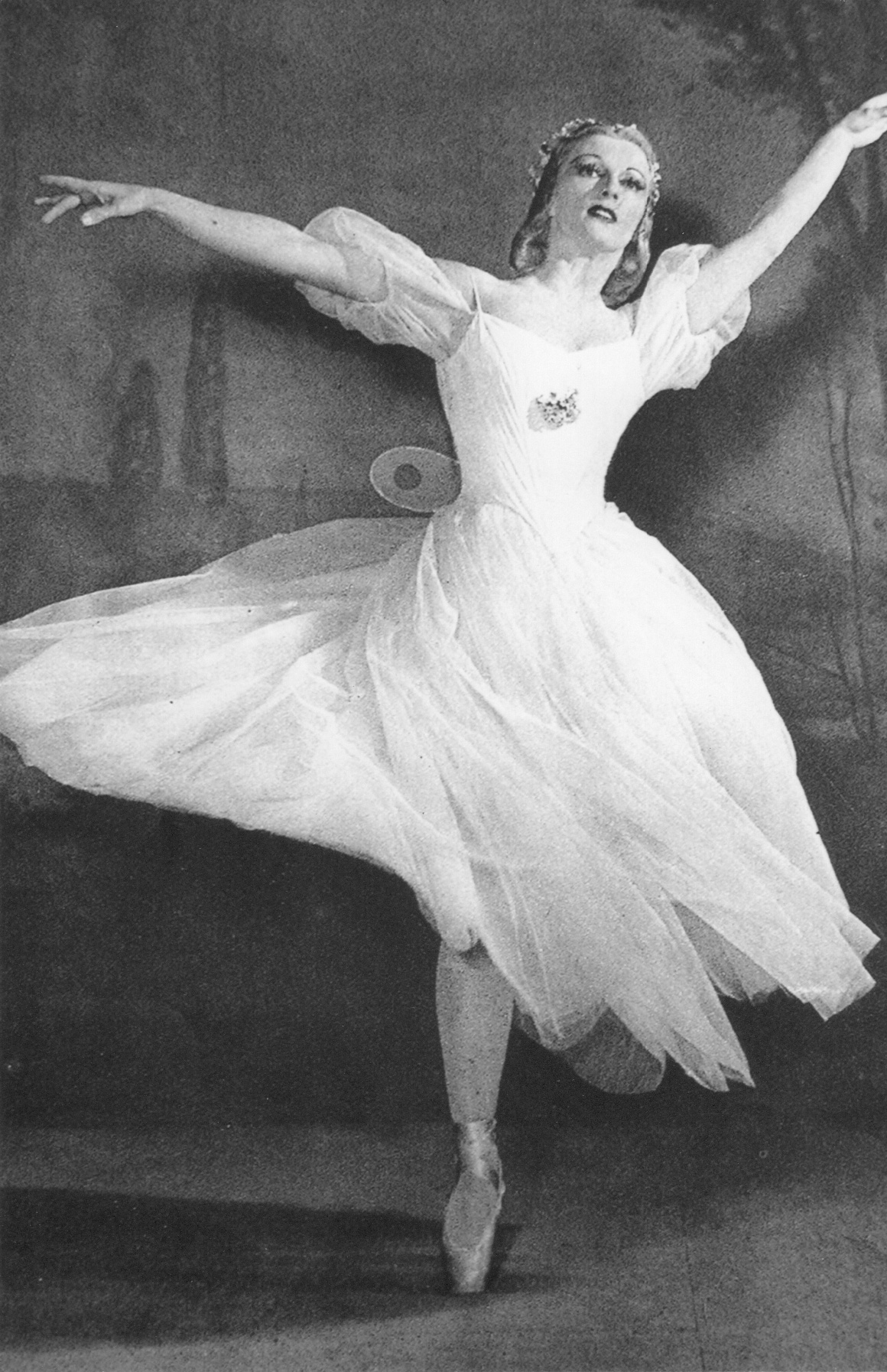 One of  her most famous roles was the poetic Prelude in Fokine’s Les Sylphides. Working with the choreographer the partnership took advantage of her many technical attributes; musicality, elevation and brilliant footwork. Fokine coaching her in the style  first hand added to her interpretation as “legendary”. When Tatiana had well established  herself in Los Angeles the Bolshoi visited Shrine Auditorium and performed Les Sylphides (Chopiniana) the soloist dancing Prelude was said to be a bit intimidated with Riabouchinska in the audience as she was so identified with the role.

In 1943 she married first dancer, choreographer and matinee idol, David Lichine. He created many notable roles for her.  Among them was he delightful Romantic Girl in Graduation Ball. After leaving the Ballet Russe they made many guest appearances. finally settling in Beverly Hills, California in 1950. Their daughter was also named Tatiana but at the time was (“little Tanya”).

The Lichine Dance Academy was very successful. As I remember, it had a very continental atmosphere. David Lichine choreographed for films and there were always well known celebrities and their children in the class levels. There were also many well known dancers from various touring companies who would take class. You would often hear Russian spoken. The school was serious and very productive with students entering national and international companies from ABT, NYC Ballet, Vienna State Ballet, to name a few.

Tatiana and David Lichine tried unsuccessfully to establish a permanent company in Los Angeles. One such effort was Western Ballet. The sustaining interest and funding was not there at that time. A touring company managed by impresario Mary Bran was proposed and for this, Tatiana partnered by Joey Harris and with a crops de ballet produced Giselle. I was able to see her work and the special quality and speed that she had (I played Hilarion). She had all the seeming joy and touching fragility of Giselle and brought both acts her emotional and technical gifts.

One of the most respected of American dance critics, Edwin Denby, put it this way:

Her naturalness of action comes from the fact that she shows you so clearly the sustaining impetus, the dance impulse which carries her lightly through from beginning to end. Because the impetus is exactly right she strikes you as dancing her whole number on an impulse, spontaneously for the joy of it.

As a fine artist performer and teacher/coach Tatiana Riabouchinska had a long and productive career. That she was so approachable and practical but could emanate such ethereality or joy as a performer is a tribute to the creative mystery she held close and in our midst.

Note: The documentary film on dvd “Ballet Russes” (2005) contains some archival footage of her performances interviews and teaching in her later years.