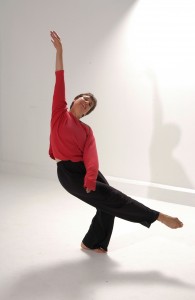 Sharon Took-Zozaya, Artistic Director of Stamping Zebra Dance Theatre, has performed, choreographed and taught in a variety of professional, university/college, school and community contexts in the USA, Scotland and internationally, working with both able-bodied and disabled dancers of all ages. In 2011 her highly praised integrated dance theatre work Selkie Tides toured to Northern California venues including The National Steinbeck Center in Salinas and the ACIS Conference at San Jose State University and sold out at the first Santa Cruz Fringe Festival in July 2012. (See www.scfringe.com for information.)

Based in the Santa Cruz, CA area since 2003, her choreography has been selected for San Francisco Bay Area festivals such as Discourses Off the Wall, sjDANCECO 2007 ChoreoProject Awards, West Wave Festival, So Wat Now? Festival and Monterey Dance Fest. She has also choreographed theatrical works such as Dido and Aeneas for Santa Cruz Chamber Orchestra, The Fantastiks, Tommy and the Ramayana, among others. Since returning to California Ms. Took-Zozaya has performed her in own works and with Carol Fields Dance Projects, Nita Little, Therese Adams, Atelier 5 and Sarah Wilbourne.

Currently on the faculties of Cabrillo College in Aptos, California and Monterey Peninsula College, Ms.Took-Zozaya also teaches for the Adaptive Yoga Project and Stagebridge in Santa Cruz. She has previously taught at the University of California, Santa Cruz (UCSC), Mount Madonna School and Dancenter.

While living in Scotland 1988-2003, she was an education faculty member at the Findhorn Foundation, where she facilitated a variety of workshops, including The Essence of the Arts in Community, a three-month intensive arts program that she initiated. She also taught for Strathclyde University, University of Aberdeen, Reid Kerr College, three Scottish National Dance agencies (City Moves Dance Project, Aberdeen; The Dancehouse, Glasgow and Dance Base, Edinburgh) as well as other Scottish colleges, universities and community organizations. The Scottish Arts Council, Dance Base, the Findhorn Foundation, the Dance House, Moray Council and North Ayrshire Council supported her choreographic work and performances.

Prior to moving abroad, Took-Zozaya was Assistant Professor of Dance at Rutgers University and Dance Program Chair at Scripps College. Her chapter on “Dance and (Dis)ability” appears in Dancing on the Earth: Women Healing Through Dance edited by Johanna Leseho.

Her degrees are: MFA in Dance from Arizona State University (Thesis Advisor – Daniel Nagrin); MS in Kinesiology and BA in Dance from UCLA; Diploma in Counseling from The Psychosynthesis and Education Trust, London, and Certified Yoga Therapist from Inner Peace Yoga Therapy.