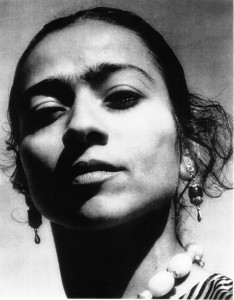 This article was written for the Encyclopaedia Judaica, 2006

Margalit Oved (1937), dancer, choreographer, singer, percussionist, composer, teacher, actress. She was born in the British Protectorate of Aden, seventh of nine children of a devout, charitable pearl merchant father and midwife mother who wove intricate jewelry as well as long, philosophical narratives. She absorbed the Yemenite-Jewish oral traditions and hundreds of Adenite songs carrying the African, Arabian, Indian and Spanish influences of this international port, which continue to distinguish her work. In convent schooling, she added English to her native Hebrew, Aramaic and Arabic. As a youth leader, she came to Israel in the 1949 Operation Magic Carpet airlift. At seventeen, with a Ministry of Culture teaching credential, she founded and directed Beit Tarbut Lenoar, a children’s cultural heritage institute.

She began working with Sara Levi-Tanai in 1950 as an original member of the Inbal Dance Company, sharing her background and studying with Jerome Robbins and Anna Sokolow. With astonishing dramatic and vocal resources, gestural mastery, drumming and charismatic presence, she was Inbal’s leading performer for fifteen years, including its 1957 world tour.

In 1965 Margalit married American-Jewish businessman Mel Marshall, and moved to Los Angeles. She taught Yemenite dance and choreographed at UCLA for 22 years. The National Endowment for the Arts’ Dance Touring and Artists in the Schools Programs funded her solo national tour in 1972 and two years of tours with her company in university residencies and performances including the Brooklyn Academy of Music. With multi-cultural casting, it was the only NEA-sponsored company working from a Jewish heritage base.

She used modern dance-theater to evoke tradition, and innovatively grounded wide-ranging inspirations in her folk-based materials, transforming and extending their context and boundaries. She has drawn from desert imagery, (“Landscape,” 1968) with dancers portraying humans or animals with human attributes; her heritage, (“David and Goliath,” 1968; “In the Beginning,” 1970) and Western sources, (“Cinderella,” 1972; “The Birds,” after Aristophanes, 1986; works to music of Debussy and Liszt). She choreographed for American soloist Ze’va Cohen and Egyptian ballerina Magda Saleh. Key elements are her story-telling in movement and in live or recorded multi-track sung-spoken-drummed compositions, the incisive, often comic, gestural portraits of human nature and the sculpted fierceness of her dancers.

In 1982 her company toured to Israel and in 1988 she performed at the Kennedy Center in Washington, D.C. for the 40th anniversary of Israel’s statehood. She returned to Inbal as its director in 1994. In 1996 she joined her son’s critically acclaimed Israeli dance company, Barak Marshall Theaterdance, performing there, in Europe and the U.S. Oved has created over 45 choreographies, Israeli folkdances and recorded 22 music compositions. She starred in the first Israeli-produced film, “Hill 24 Doesn’t Answer” (1955), and is the subject of the 1968 American documentary, “Gestures of Sand”. Honors include a 1973 Hadassah Myrtle Wreath Award and the 1998 French ADAMI Award for Outstanding Performance at the Bagnolet Festival. She remains a powerful link to her roots, mining them and a multitude of inspirations for their universality