Reprinted from http://www.arhu.umd.edu/news/larrywarren
by permission of Anne Weaver Warren, Professor and Associate Chair, Department of Dance University of Maryland 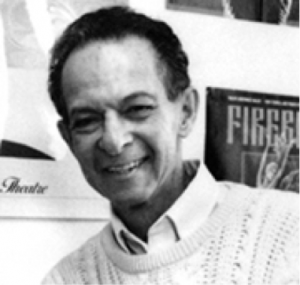 Larry Warren, dance biographer, choreographer, teacher, and director, passed away on December 9, 2009. He was the author of two dance books, Lester Horton: Modern Dance Pioneer and Anna Sokolow: The Rebellious Spirit. For the latter he received the 1991-92 De laTorre Bueno special citation awarded by Dance Perspectives.

Born in Brooklyn, Larry moved to North Hollywood with his family in 1948. He began his dance training in Los Angeles at the Ruth St. Denis Studio with Denishawn-trained dancer Karoun Tootikian and performed with the Concert Dance Group of the Ruth St. Denis Studio. Evening-long chats with St. Denis in the tiny patio behind her California studio triggered a life-long interest in dance history and research.

He received his undergraduate degree in Theater Arts from UCLA, where his love of dance theater was furthered by his success in his senior year in the lead role in the dance drama performance of John Steinbeck’s, “The Pearl.”

After graduating from UCLA in 1955, he continued his studies with Ruth St. Denis, Bella Lewitzky, and James Truitte in Los Angeles, and then at the Martha Graham School and with the ballet master Benjamin Harkarvy in New York City.

Returning to Southern California, Larry launched “Dance in Concert,” a modern dance producing unit, and was one of the producers of “Directions in Dance,” based at the Lester Horton Dance Theater. During that period, he danced with Valentina Oumansky, Gloria Newman, Richard Oliver, and in the San Francisco Opera Ballet. His teaching credits include Eugene Loring’s American School of Dance, the Petroff-Gollner School, and Immaculate Heart College.

Returning to UCLA for graduate work in dance at the School of Arts and Architecture, Larry completed his Master’s thesis on Lester Horton, and, with encouragement from John Martin, began to work on a biography of Horton.

Larry joined the faculty at the University of Maryland in 1971. During that year he assisted Dorothy Madden in founding Maryland Dance Theater, a critically acclaimed repertory company in residence at the University of Maryland at College Park. Larry served as Associate Director of the company from 1972-1975 and Director from 1976 until the company disbanded in 1988. His own choreography for the company earned him praise for his wit, his imagination, and his ability to create dramatic structures, characters and atmosphere.

Larry was recipient of a 1982 award from the Metropolitan Dance Association for service rendered to Dance in Washington, D.C. and co-recipient, with Anne Warren, of the 1986 “Outstanding Service to Dance in Maryland” award from the Maryland Council for Dance and the 2000-2001 Pola Nirenska Lifetime Achievement Award in Dance presented by the Washington Performing Arts Society.

Upon his retirement in 1995, Larry became Professor Emeritus of Dance at the University of Maryland in College Park. He is remembered by students, friends, and family as a man of much passion, warmth, generosity and insight, one who took great delight in adventure.

His wife and partner of 36 years, Anne Warren, is Associate Chair of the Dance Department at the University of Maryland.

Denise Delgado-Torres: Debbie Kay no my grandmother, Lilly Aguilar passed in early 80s. I would love to see film that you found!