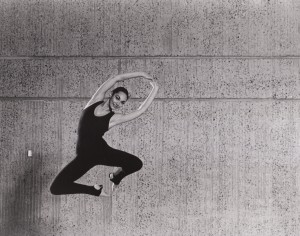 Karen Goodman, M.A. Honors include the 1986 Vanguard Award for Choreographic Innovation for Hard Feelings, a 1987 Brody Arts Fund Fellowship, a 1990 NEA Choreographer’s Fellowship, grants from the City and County of Los Angeles, the 1998 Lester Horton Award for Individual Performance for Earthling and Crossing, and the 2005 Detroit Jewish Women in the Arts Award for her documentary, Come Let Us Dance. She has choreographed 46 works, and 5 full-length works, including 4 full-length solos. Karen danced with post-modern master Rudy Perez in N.Y. (1977) and L.A. (1979-1981). She danced in Gloria Newman’s company (1970-73) and was a founding member of Eyes Wide Open Dance Theater (1974) in Los Angeles. In 1978, she co-founded Danceworks Studio in Los Angeles with Florence Tsu Sinay, choreographing and teaching modern dance there from 1978-99, also co-producing the Melrose Series:New Dance with Lori Duperon Savit and providing low-cost rehearsal space to the dance community. Teaching stints include CalArts, Caltech, Los Angeles Country High School for the Arts endangereand residencies as guest choreographer throughout and beyond California. She served as a founding board member of the Dance Resource Center of Greater Los Angeles in 1987 and as president in 1988. Her 1972 M.A. was the first in Dance Performance awarded by UCLA. She produced, directed and wrote the 2002 documentary on Yiddish dance, Come Let Us Dance (Lomir Geyn Tantsn), which she distributes along with Ergo Media. She contributed biographies on Bella Lewitzky and Margalit Oved to the Encyclopaedia Judaica (2006). She lectures nationally on Yiddish dance, and is part of the international effort to document and revive this endangered folk form.

The Creation of the World (Milhaud, 1974), for the Sacramento Ballet, sextet

Ruach, (a cappela solo with Hasidic stories), U of Wisconsin, Madison

Guest artist with Rudy Perez, 2003. 1999, first L.A. version of FROM THE HORSES’ MOUTH, a live documentary performance for 31 dancers by choreographers Tina Croll and James Cunningham, 1998. FIVE WOMEN DANCING, a curated program for 5 Southern California dancer/choreographers, presented by the Luckman Theater at Cal State University, L.A. 1998. FEET SPEAK, a curated series presented by Occidental College, L.A., 1997, 1998.  1981, Rudy Perez Performance Ensemble at Royce Hall, including his solo for me – In Plain Sight.  Guest artist in The Beloved, by Lester Horton, with Jean Paul Comelin for the Sacramento Ballet. With Gloria Newman: performing in the West Coast premier of Donald McKayle’s Games, 1971, and performing in the company’s Broadway debut, 1972.

Presentation for the Conney Conference on Art and Identity, University of Wisconsin

What can the soloist do? What can a lone figure moving in space give us?  Another peek at ourselves. We are all soloists looking for connections. In a throw-away culture, I work to create intimacy through the depth of my relationship to motional issues, and to communicate that to my audience. This relationship is the metaphor, this medium, the message.

I use force and weight, inertia and momentum, how the individual and space impinge upon each other, time to live with these elements, the time and the rhythm of them.  My works are physical and intense; demanding to do, demanding to watch.  They are about effort, exhaustion and risk, as well as virtuosity. I am interested in vulnerability and passion and the possibilities for both destruction and transcendence that exist moment to moment on stage, and as the basis of the human condition.

The spectacle is the movement. My mission is to let movement speak for itself so that it can speak to us; to pare it down, to strip away the preconceptions the audience or I might have and search for what it is at its very core. Then it speaks to the raw, vulnerable, usually hidden underside of the individual too easily covered up in the press of life and society. This is archaeology – digging deep and coming up with emotional artifacts.

I call my work theater of motion. Even in pure movement there are stories. They exist in motion itself. Myth, magic and reality are made of the physical laws that govern our bodies whether we flail, crawl, walk or dance. The theater of motion tells the story. I mean it to be as all stories – real, fantastical, honest, scary, full of echoes, full of hope, raw, elegant, ugly, sweaty and beautiful.