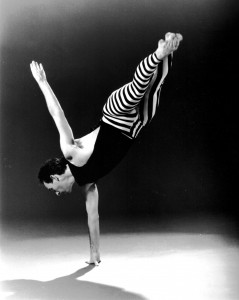 Associate Professor Jeff Friedman is a dancer and choreographer, formerly based in San Francisco from 1979 to 2003. He received a professional degree in architecture from the University of Oregon and specializes in the creation of multidisciplinary site-specific performance events. His original choreography has been commissioned throughout California and the West Coast and travels as LOCUS Solo Dance throughout the United States. Jeff was a member of the Oberlin Dance Company from 1980-1989, touring nationally and internationally in Southeast Asia, Australia and the former Soviet Union. He has also been a guest artist with the Santa Fe, Los Angeles and San Francisco Opera Companies and has taught dance technique and history throughout California including faculty appointments at Sonoma State and San Francisco State Universities.

In 1988 Jeff founded Legacy, an oral history project for the Bay Area dance community held at the San Francisco Museum of Performance & Design, where he is now Legacy’s senior editor and director of the annual training workshop. Jeff also consults throughout the United States and internationally, creating new dance oral history projects based LEGACY’s model, including Korea, Germany and Poland. Support for LEGACY has included numerous grants from the National Endowment for the Arts and the California Arts Council, as well as a 2010 Fulbright Fellowship in Frankfurt, Germany.

Jeff holds a Ph.D. in Dance History and Theory from the University of California, Riverside where he was Jacob K. Javits United States Department of Education Fellow. His research areas include oral history theory and methodology, narrative, phenomenology and Futurist photography. A certified Laban/Bartenieff Movement Analyst, Jeff’s research includes a qualitative study of oral history interviews with former members of the Twyla Tharp Dance Company and investigating European philosopher’s perspectives on embodiment. His research on oral history and performance has been published in Sounds and Gestures of Recollection (Routledge); The Oral History Handbook (AltaMira Press); Historia, Antropologia y Fuentes Orales (University of Barcelona), The Korean Journal for Dance Documenta-tion, Oral History (UK), and Oral History in New Zealand, where he was guest lecturer at Auckland University’s Dance Studies Programme. Forthcoming works include a book chapter in Queer Oral History (Oxford) and several oral histories for the School of American Ballet. In the United States, Jeff has lectured and performed at Columbia, Duke, and University of California-Berkeley, and at Charles University (Prague), Giessen University (Germany), University of Warsaw (Poland), and Coventry, Bournemouth and Surrey Universities (UK).