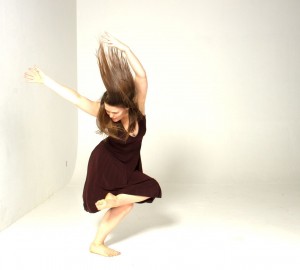 Gina Bolles Sorensen, artistic director of somebodies dance theater, is an artist and educator who delights in the body’s potential for movement, the mind’s capacity for imagination, and the possibilities that transpire at the intersection of the two. Her choreography has been produced in festivals and concert programs throughout the United States and abroad. She has danced for companies and choreographers in New York, San Francisco, Oregon, and San Diego, including Yolande Snaith, Elfi Schaefer-Schafroth, Stephan Koplowitz, Jean Isaacs, Elizabeth Swallow, Wallpaper Performance Company, Rita Honka Dance, Strong Current Dance Company, High Release Dance, and many more independent choreographers. She has taught dance, composition, dance history, and world dance forms at festivals and institutions including the American College Dance Festival (Missoula, MT), the University of California San Diego (La Jolla, CA), the University of Oregon (Eugene, OR), San Diego State University (San Diego, CA), Sam Houston State University (Huntsville, TX), Winthrop University (Rock Hill, SC), Johnson C. Smith University (Charlotte, NC), and the Interlochen Arts Camp (Interlochen, MI) to name a few. In 2007, Gina was awarded a Gary E. Smith Summer Research Grant and a Center for Study of Women in Society Research Grant to study the classical Indian dance Bharatanatyam in Bangalore, India. In 2008, she was awarded the Georgianne Teller Singer Dean’s Fellowship in recognition of her work as a graduate student and teacher in Dance at the University of Oregon. An excerpt of her thesis entitled “Imagery Ability, Imagery Use, and Learning Style: An Exploratory Study” was published by the Journal of Dance Education in Spring 2009. Most recently, Gina was the recipient of a 2013 National Artist Teacher Fellowship from the Center for Arts in Education at Boston Arts Academy. She has a MFA in Dance from the University of Oregon and a BA in Mass Media Communication Studies and Political Science from UCLA. Gina currently teaches dance at San Diego State University, San Diego City College, and the Coronado School of the Arts, as well as yoga at Bonita Pilates and Yoga and Coronado Adult Education. Gina is a Registered Yoga Teacher and the founder of www.YogaNatyamOnline.com, an online resource for yoga classes.