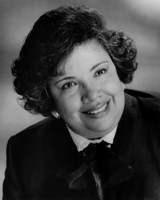 Gema Sandoval, founder, artistic director and choreographer of Danza Floricanto/USA is devoted to illuminating her Mexican-American heritage through dance. Over the past fourteen years, Sandoval has staged theme works in addition to traditional regional dances of Mexico.  Among these are:; Sandoval’s “Dia de los Muertos/Day of the Dead Celebration” which, since 2001, has become an annual community tradition which Floricanto performs somewhere in the Southland; her 2004 collaboration with Whittier College’s Shannon Center for the Performing Arts, “Navidad en Whittier.” now on its 8th year.

Along with her company, Sandoval is the winner of the 1994 and 1995 Horton Award for the Staging of Traditional Dance, a year 2000 fellow of the California Arts Council’s Fellowship in Dance Program, winner of the Irvine Foundation’s California Dancemaker awards for 2001.  And the proud recipients of a New England Foundation for the Arts National Dance Project production grant for 2003-04, which allowed them to create “Fandango Without Borders.”  This was followed up by  “Un Zapateado Chicano.”  funded by the Irvine Foundation’s From Creation to Performance Project and the National Association of Latino Arts and. Culture.  Her latest production, Alma Llanera-Spirit of the Plains, inspired by Rudlofo Anaya’s novel Bless Me Ultima premiered on March 25, 2011 and currently tours throughout California. Sandoval is currently working on her next piece to be premiered at Floricanto’s 40th anniversary celebration.  The working title is Immigrants.