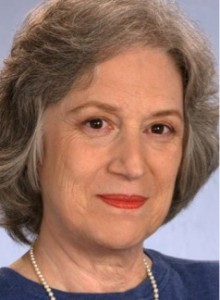 Elizabeth Ince began her career in the theater department at UCLA in the musical Love Thy Coach with Carol Burnett. She also studied dance at Juilliard with the legendary Martha Graham, and acting with Broadway director Jose Quintero, and with Michael Shurtleff, acclaimed author of Audition.

Her credits include the ABC television sitcom, Wings, and the McQuarrie/Singer Sundance award winning film, Public Access. She later starred as a diabolically sweet demon from hell in the thriller, Stitches, and as the meddling mother in Crazy Jones, prize winner at the Cinequest, Berkeley, and Santa Barbara International Film Festivals.

On stage she originated the role of Houdini’s Mama in The Great Houdini at the Stella Adler Theater, and has appeared in many other Hollywood area productions. She is the recipient of grants from the National Endowment for the Arts, California Arts Council, and the City of Los Angeles Cultural Affairs Department for her one woman show, Birthmark.

A former associate professor, she was resident choreographer and stage director for the UCLA Opera Theater, founded the dance program at Loyola Marymount University, and chaired the department of Dance at the University of Maryland. She presently heads Choreographers Theater Ensemble, a nonprofit organization of mature performers who fuse acting and movement techniques. The company is currently developing a documentary film which traces the evolution of modern dance in America. 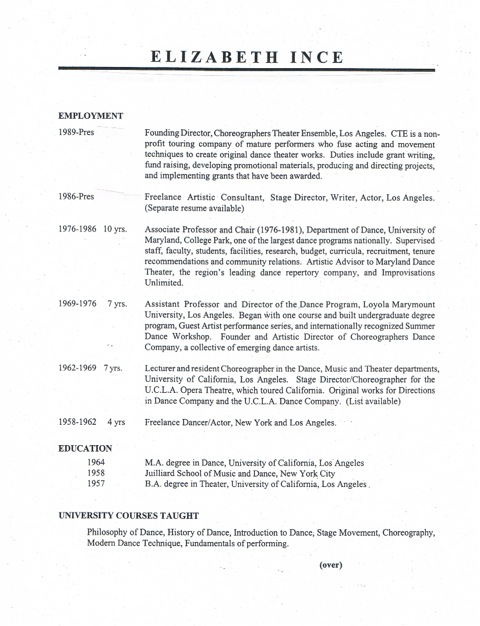 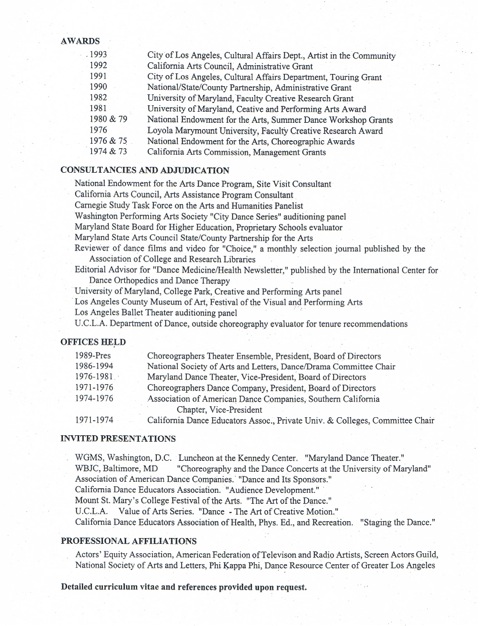