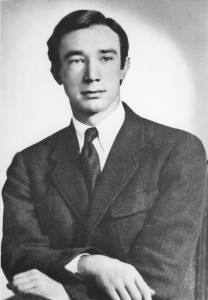 David Lichine was born in southern Russia with the name of Deivid Lichtenstein (translated from Russian). Like so many leaving Russia after the October Revolution (1917), he and his family settled in Paris. The family name then became Lichine.

In his early teens he began ballet studies with the famous Russian expatriate teachers: Lubov Egorova, Pierre Vladimiroff, Bronislava Nijinska, among others. Intelligent and well proportioned, David progressed quickly and made his professional debut in 1928. Popular with audiences for his technical skill, demeanor and handsome appearance he performed with the companies of Anna Pavlova, Nijinska and in 1932, the reformed Ballet Russes de Monte Carlo.

After the death of Serge Diaghilev the newly formed Ballet Russe de Monte Carlo was founded by Colonel Wassily de Basil, Rene Blum, and Sere Grigoriev. Lichine remained as principal dancer through 1939 and through all subsequent renamings until 1941. 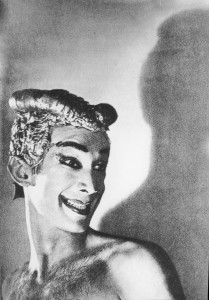 He was of particular note in the very ariel and technical Bluebird variation in Aurora’s Wedding (Petipa) and his exotic interpretation of the Faun in L’Apres-midi d”un Faune (Nijinsky). Over his career with with the company he created and danced a variety of roles by Balanchine: Cotillion, Le Bourgeois Gentilhomme, and Suites de Dance; Leonide Massine’s Jeux d”Enfants, Choreartium, Les Presages and Union Pacific.

Lichine’s best known work today is arguably Graduation Ball (J. Strauss ll) choreographed in 1940. This delightful work, in addition to an appealing plot of youthful meetings and entertainments has at it’s core a variety of inventive and memorable variations, neo classic pas de deux and demi character solos. This popular work along with Helen of Troy was a favorite of American Ballet Theatre audiences and has been frequently revived throughout the world. Some dance historians feel that Lichine’s works have not been appreciated or recognized enough. Some say that he was not given enough opportunities to choreograph in Ballet Russe times. Edwin Denby, one of the seminal dance critics of that period stated: “Lichine’s gift is different from any other choreographer. He was not a poet choreographer such as Balanchine, but as someone possessing an exuberant impulse to dance.” Lichine’s vivid imagination, character and scenario development was part of his sense of adventure in his choreographies.

Lichine married dancer Lobov Rostova in 1933. That marriage lasted briefly. In 1943 he married the celebrated danseuse Tatiana Riabouchinska. She was one of the three famed “Baby Ballerinas” enlisted by Balanchine in their early teens for the Ballet Russe de Monte Carlo. The others were Tamara Toumanova and Irina Baronova.

During the war years in Europe (WWII), Lichine and Riabouchinska worked primarily in America. They were a popular couple in American Ballet Theatre. Lichine continued choreographing in New York and Hollywood. Although his choreography was praised by critics in Beat The Band (1942), the operetta Rhapsody (1944) and Polonaise (1945) the shows were not successful and closed after brief runs.

When the war was over, Lichine performed and premiered new works in Mexico City, (1946), London and Buenos Aires. He also choreographed and performed in Europe including at Les Ballets de Champs-Elysees, Le Grand Ballet du Marquis de Cuevas, London Festival Ballet and the Deutsche Oper Berlin. A new production of Graduation Ball starring he and Riabouchinska brought enthusiastic praise from audiences and critics, (1947).

Lichine frequently worked in Hollywood. In that setting, he was both a performer and choreographer. His ballet sequences for Cyd Charisse in The Unfinished Dance and a short film in which he dances with Nana Gollner’ Spring Night, are his best known. He and Riabouchinska twice worked for Disney as models: Fantasia (1940) and Make Mine Music (1946). He can be seen on YouTube dancing with Eleanor Powell as her boogie partner in Sensations of 1945 as well as Spring Night. 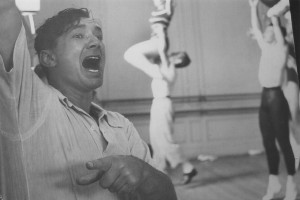 Lichine and Riabouchinska decided to make Los Angeles their home base in 1953. They opened and presided over The Lichine Ballet School in Beverly Hills. The school had an international flavor and was often visited by dancers from touring companies. The successful school was well patronized by aspiring young dancers as well as the adjacent celebrities and their families. The proteges they developed can still be found on the rosters of ballet companies and dance faculties here and abroad. The Lichines were involved in the development of several performing groups in the LA area, but none of the companies have remained.

In 1955 Lichine returned to Australia to stage a full length Nutcracker Ballet by the Borovansky Ballet. It became an annual tradition for Australian audiences. He also created the ballet Corrida which received its world premiere there in 1956.

The David Lichine I knew was a charismatic and generous hearted man. According to his daughter, Tania Lichine Crawford, Lichine more than once put their family property on line: Occasionally, during the touring years with well known management companies, funds got skimpy at the end of tours. With his own savings, he personally made sure that everyone got home. His vitality and joie de vivre could be felt in his work. A demanding rehearsal task master he required a quality of spontaneity that brought things alive for his audience.