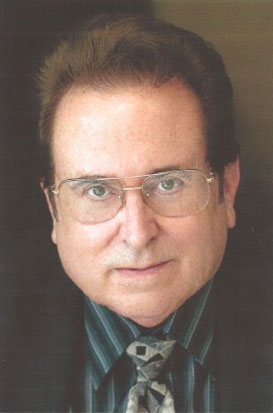 CHARLES BERLINER retired in 2012, after 28 years as Western Region Representative of the legendary National Entertainment Industry Union, United Scenic Artists, Local USA 829, IATSE. Mr. Berliner has designed scenery and/or costumes for plays, musicals, film, television, and dance theatre. More recent work includes the costume design for the Bill T. Jones production of THE BACCHAE PROJECT, as well as the production design for the video of A WORLD OF WHYS, based on his scenery and costume design for the theatrical touring production presented by the National Theatre of the Deaf (NTD). His costumes for the NTD New York engagement of AN ITALIAN STRAW HAT were nominated for the American Theater Wing Costume Design Award in the 1996-1997 season, and represented the United States as part of the American Entry at the 1999 Prague Quadrennial. (All three of the aforementioned productions were ENTERTAINMENT DESIGN “designer sketchbook” articles in respective issues of that magazine) Selected Regional Theatre production includes costumes for Shakespeare’s THE COMEDY OF ERRORS and Feydeau’s A FLEA IN HER EAR for the Oregon Shakespeare Festival, Moliere’s THE IMAGINARY INVALID at Missouri Repertory Theatre, the world premiere of MOOT by John Leicht (directed by John Dillon), Feydeau’s GONE HUNTING and Moliere’s THE MISER at the Milwaukee Repertory Theatre; scenery and costumes for Ionesco’s EXIT THE KING (his production design sketch was the cover of the Spring 1988 USITT Theatre Design and Technology Magazine), as well as scenery for the world premiere of Derek Walcott’s TO DIE FOR GRENADA at the Cleveland Playhouse. For the Mark Taper Forum (in his capacity as Resident Designer for the Improvisational Theatre Project) his designs include those for BUGS/GUNS, LEANDER STILLWELL and most notably his award-winning scenery and costumes for Doris Baizley’s “comedia adaptation of A CHRISTMAS CAROL, later re-created for both the Cleveland Playhouse and The American Southwest Theatre Company in New Mexico. Among his additional theatrical credits: Costumes for the controversial William Finn Musical MARCH OF THE FALSETTOS (directed by James Lapine), costumes for the California (San Francisco and Los Angeles) Civic Light Opera productions of THE SOUND OF MUSIC and BELLS ARE RINGING (both starring Florence Henderson and directed by Michael Kidd), costumes for the West Coast premieres of the play BETRAYAL by Harold Pinter, TABLE SETTINGS by James Lapine and BABY WITH THE BATHWATER by Christopher Durang; also the costumes for THE CLUB MARRAKESH REVIEW in Mexico City, the “backstage set” for the acclaimed one-woman show, BETTY GARRETT AND OTHER SONGS, and production design for CONCRETE DREAMS at the Kennedy Center in Washington, D.C.

For film, Mr. Berliner designed the costumes for HAUNTS starring May Britt, Cameron Mitchell and Aldo Ray, Sections of the Dance film, JOURNEY INTO MYSTIC TIME, and for Diana Ross, the fashion montage sequence of MAHOGANY. For television, Mr. Berliner’s costumes were seen for five seasons on the nationally and internationally acclaimed P.B.S. television series VISIONS, including THE DANCING BEAR (with Charles Durning, Tyne Daly and Verna Bloom), FANS OF THE KOSKO SHOW (with Carol Kane, Eileen Brennan and Alan Feinstein) and the controversial LADIES IN WAITING written by Patricia Resnick (with a “who’s who of actresses” including Ronee Blakeley, Joyce Van Patten, Elizabeth Wilson, Sally Kirkland, Ruth Nelson, Annette O’Toole and Annie Potts).

His costumes have graced such diverse personalities as Diana Ross, Florence Henderson, Dick Clark, Alfre Woodard and the Osmond Family. In addition, Mr. Berliner was Resident Scenery and Costume Designer for the UCLA DANCE DEPARTMENT for ten years, as well as Costume Designer for both the New York based DANIEL LEWIS DANCE REPERTORY COMPANY and the Los Angeles based RUDY PEREZ DANCE THEATRE. He is one of the few recipients of an Individual Design Arts Fellowship in Theatrical Design from the National Endowment for the Arts (NEA), and is a recipient of the Amicus Polonaie award from POLAND magazine for 18th century research associated with his Production Design of the play, THE MESSIA. Mr. Berliner has been a Guest Artist and/or Visiting Professor at academic institutions throughout the nation and his articles concerning Theatrical Design have been published throughout the world. In 2006, his Theatrical Designs were included in the Exhibition, Charles Dickens and Show Biz, at Stanford University, as well as in a new book that was published in conjunction with the exhibition, for which he served as a consultant. His Children’s Picture Book, I Want Much More Than A Dinosaur was also published in 2006. Mr. Berliner’s Theatrical Designs have been included in national and international exhibitions.