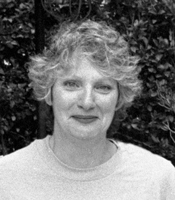 I began dancing in the 1950’s in Tucson, Arizona, studying with Frances Smith Cohen (Graham) and later Stephanie Stigers (ballet). I studied two summers with Utah Repertory Theatre (Bill Evans, Joan Moon, Greg Lizenberry), at Bennington College (Linda Tarnay, Jack Moore) and at the University of Arizona (Sue Pfaffl, John Wilson). In my early 20’s I moved to Boston where I created Benita Bike’s DanceArt Company, studied dance (Marie Paquet), taught dance, and chaired the Boston Dance Alliance for five years.
After 13 years in Boston and 2 years in New York (NY study with Ruth Currier, Emmy Devine, Karen Levy, and Robert Christopher), I reluctantly moved to Los Angeles in 1990 to follow my husband, who wanted to write music for movies. I say “reluctantly,” because I was solidly enmeshed in the dance scene in Boston at the time with a company, a dance school, a place in the community, and friends. And, I’d been assured by the Boston dance folks that I’d hate Los Angeles, which they considered a dance desert and the closest thing to Sodom one could find in the U.S.

I did find L.A. to be terribly spread out in terms of its dance activity and dominated by a small number of dance artists, but other than that, it was just fine. I knew that the work I did would be pretty much be the same wherever I settled and that my success or failure reaching my goals would be dependent on luck and hard work. Over time I discovered that L.A. had roughly the same proportion of good and not-so-good dance artists as almost anywhere else. It was not like my Boston friends had said. There was lots of activity and good work happening in LA, but you just had to work harder to find it!

In Fall 2012, my dance company enters its 32nd season, and I’ve now been working in L.A. for 22 years. Los Angeles’ huge geographic area has actually been great for my company, since it has allowed us to perform in many different places without having to travel very far. I feel free to do the sort of work that I want to do in L.A., but I’m not certain that’s a function of the place; I think that might just be me. My dance work stands at the crossroads of past and present, blending the music and sensibilities of the past with evocative contemporary movement. I believe in the power of dance itself to express deep meaning to human beings. My interest in communication causes me to use human gesture to touch the human psyche; my interest in design directs me to manipulate shape, pattern, and energy to create a live architecture in space, my interest in history causes me to explore styles and attitudes that are old and perhaps discarded; and my interest in music causes me to make dances where music has a important role.

To date, I’ve created 47 dances that have been performed throughout the U.S. (California, Arizona, Kentucky, New York, New England), and in Canada, France, and Poland. I’ve taught dance technique and dance history in the community and the college level. I’ve served as a board member of the Dance Resource of Greater Los Angeles and along with William Roper and Stella Matsuda co-edited the DRC’s newsletter for 2 years. I’ve also co-produced and produced two long-running Los Angeles area dance series:  Festival of Solos and Duets at the Fountain Theatre and the Brand Library Dance Series. I’m proud of the unique dance outreach programming that I’ve developed that informs audiences about dance making, dance viewing, and the art impulse itself in a straightforward fashion. I’m most proud of all the former company dancers who have gone on to found their own companies or who are now teaching dance in schools and universities. Because, after all, dance is a handmade art which is passed on from generation to generation.